Kumbakonam is beautiful town in Thanjavur District of Tamil Nadu. This town is known as temple town as thousands of small and big temples are located in and around the town.  There is a mythology behind the creation of Kumbakonam. The rough meaning of Kumbakonam is “Jug’s or Pot’s Corner”. It is believed that Lord Brahma collected the seeds of all living beings on earth in the pot (Kumbha) to create life on earth after the Pralaya (dissolution of the universe). The pot came at the spot where now Kumbakonam exists. That pot was made up of Amritham (holy water or nectar) and sand. During the flood, that pot floated towards south. Lord Shiva broke that pot with the arrow. The mixture of amritham and sand formed Shiva Linga and Lord Shiva gave darshan as Lord Kumbeswara. Thus, the place got its name as Kumbakonam and at the same place there stands the Adi Kumbeswarar Temple.


Kumbakonam during the Cholas 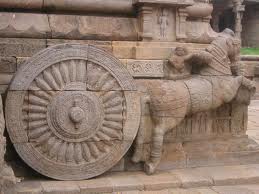 Pandya Dynasty fell in 14th Century, and then Vijaynagar Empire conquered the town from 1509 to 1529. There were many poets, artisans, musicians and cultural artists in the town during the Vijayanagar Dynasty. Later, Thanjavur Marathas, Madurai and Thanjavur Nayaks also ruled over the town from 1535 to 1673. In 1784, when Tipu Sultan attacked on east coast of South India, Kumbakonam bore the brunt of his invasion and the economy of the town started falling from the beginning of the 19th Century.

Kumbakonam was surrendered by Thanjavur Marathas to British East India Company in 1799. The town enjoyed much prosperity between end of 19th Century and beginning of 20th Century. The town became the centre of European education, Brahmanism and Hindu religion. With the opening of Suez Canal in 1869 and completion of railway lines in 1877, trade with Britain increased. Kumbakonam was gradually connected with Madras, Tuticorin and Nagapattinam. As a result the town reached to the zenith of its prosperity.

Post independence, Kumbakonam was still growing. At presnet, the number of silk and metal manufacturing industries grew in the town. Kumbakonam is the major silk supplier to Indian Silk Market. The economy of the town has improved with the production of brass, bronze, copper and lead vessels, silk and cotton clothes. Tourism is also a major industry in Kumbakonam now. All the modern amenities and public utility services such as transportation, banks, ATMs, power station, water supply, police station, mobile centers etc are available in the town. All these services are the examples of post-independence development of the town.